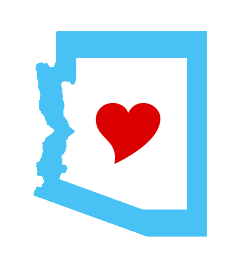 Brought to you by: 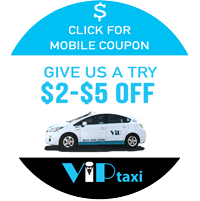 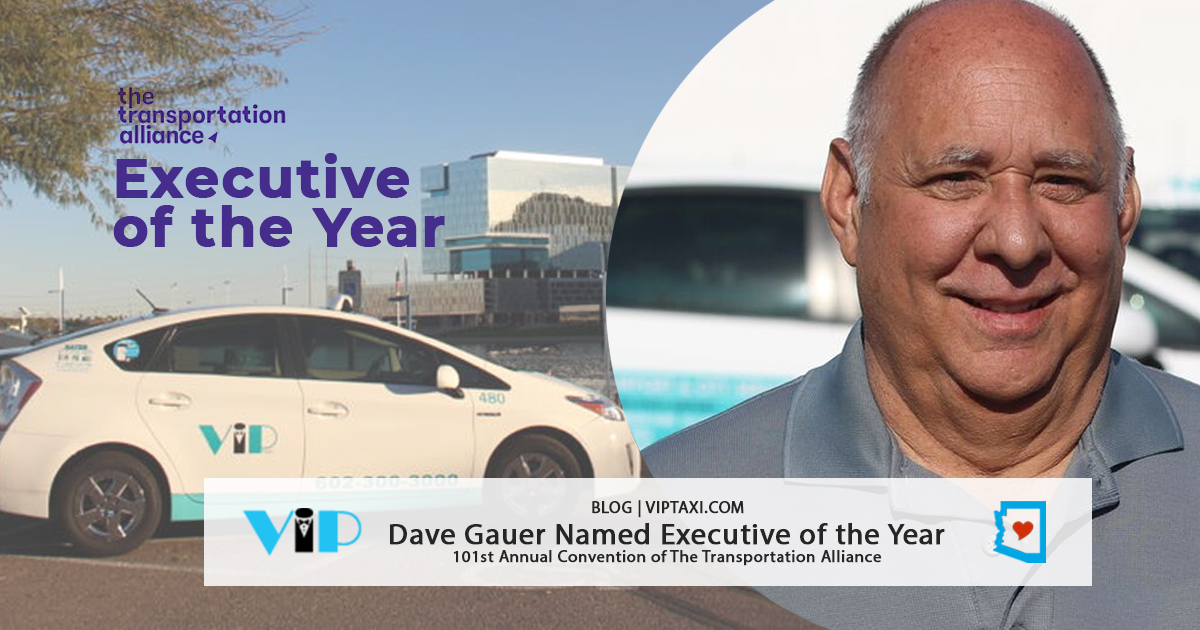 Dave Gauer, one of VIP Taxi’s owners, has been named Executive of the Year at the Transportation Alliance Convention, last October 16-18, at Bally’s Las Vegas. He’s been featured on AZ Big Media following this award.

Book a ride through our VIP Taxi App!

The Transportation Alliance announced that Dave Gauer, owner of VIP Taxi in Phoenix, Arizona, has been named Executive of the Year.

Gauer entered the taxicab business in 1977 in the north suburbs of Chicago when he traded a custom motorcycle in exchange for his first taxicab with American Taxi . He grew a single cab into a 30-car operation, beginning his legacy as an innovator in the industry. 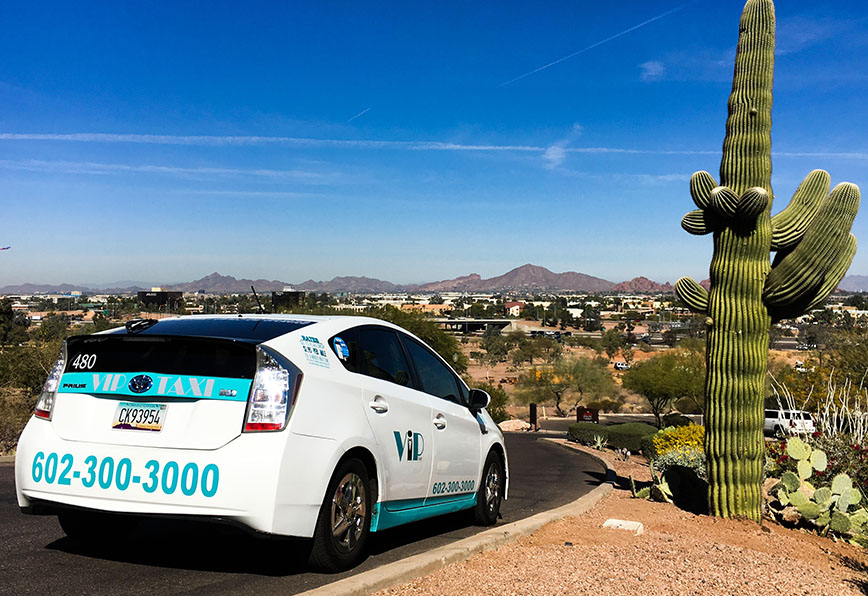 In 2007, Gauer bought a small Arizona cab company, which he renamed VIP Taxi. Gauer eventually gave up his Chicago business interests to focus full-time on the Arizona company. Gauer along with his two sons Brandon & Jason focused on innovation while providing reliable and quality transportation has transformed VIP Taxi into a thriving “Local Family Owned & Operated” business for generations to come.

“Dave is the type of fleet executive who has helped transform this industry,” said Terry O’Toole, President of The Transportation Alliance. “He embraces new technology, and has thrived as one of the executives who knows that innovation is the key to all modern transportation business strategies.”

Dave Gauer previously owned an automobile and light truck repair facility in a north suburb of Chicago. In 1977, he traded a custom motorcycle for his first taxicab. Dave grew his fleet to 30 taxicabs, and in 1993, was offered an opportunity to buy a partnership of a small suburban taxi company.  By 2005, they grew the company to over 1,500 cars, had the busiest taxi call center in North America, piloted Chicago’s most successful taxi accessible program, provided tens of thousands of rides monthly to special needs school children, all while developing some of the latest and greatest dispatch technology. Dave later gave up his interests in Chicago to focus on VIP Taxi here in Arizona with his family. Dave often says “I’m the luckiest guy in the world; I get to work alongside my children doing a job I really enjoy in one of the most beautiful parts of America.”

More About the Gauer Family

VIP Taxi is based in Phoenix and Tucson, and is owned and operated by The Gauer Family. They built VIP Taxi from the ground-up, and are proud to have established such a recognizable transportation company in Arizona. VIP Taxi loves it’s community, getting involved, and giving back. VIP Taxi’s mission is to provide a great transportation service to our local community, by adapting and advancing with current technology, along with preserving the importance of customer service. 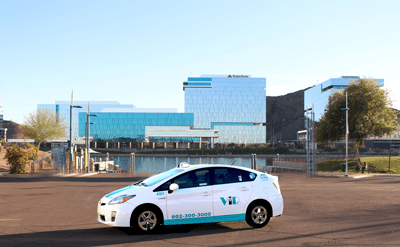 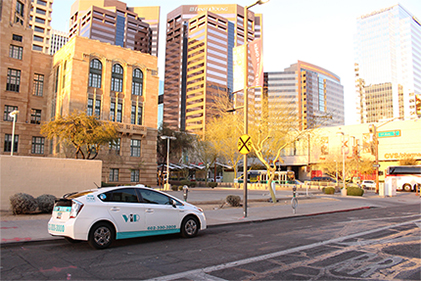 Always on the go? Get the VIP Taxi App so you can book a ride, anytime, anywhere!

Get Your Discount Now!

Learn how VIP Taxi provides children’s car seats to ensure the safety of your little ones!

Learn About How VIP Taxi Caters to Children's Safety

At VIP, we take pride in being a LOCAL Arizona Business, and we love supporting other LOCAL Arizona Businesses. We love being part of the Arizona Community, and love doing our part in keeping them safe with reliable, trusted rides home. Don’t drink and drive – Call, Text, Book Online, or Download the VIP Taxi App to #RideLocal and avoid Surge Pricing.

RIDE LOCAL to the Airport with VIP Taxi When you’re booking a ride to the airport, you want a company that is reliable and trusted by our community. VIP Taxi is local, family owned and operated transportation company that has served Arizona for decades and continues to grow. They also offer flat rates, which means your ride is guaranteed to be that given, fixed cost, or less (if the meter shows a lower price), regardless of traffic. This is the epitome of ditching surge pricing. Download the VIP Taxi App, where you can view your reservation, track your driver, save your payment history, or even pay with CASH! call or text VIP Taxi at (602) 300-3000, or book online at VIPTaxi.com. Even better, download the VIP Taxi App, where you can save your payment info, track/contact driver, and view reservations. Support a local, family owned and operated company.

DO YOU LIKE THIS ARTICLE? Sign up for email updates on our community’s events, news, and VIP Taxi Special Offers.

Want a clear price on what your ride to the airport will cost? VIP Taxi offers customers flat rates to Phoenix Sky Harbor (PHX) based on the zip code of the pickup address. With VIP Taxi’s flat rate, your ride is guaranteed to be that given, fixed cost or less (if the meter is shows a lower price), regardless of traffic! Simply enter the Zip Code of your pick up address, and voila!

The Best Bars in Phoenix